Our  Men’s Pennant team had a great season this year and as a result they are the 2017 Division 2 Champions, which means they will be stepping it up to play in Division 1 in 2018.

In a rain affected season, it came down to the final round against Royal Pines at an extremely difficult Arundel Hills as to who would qualify for the final.

The team came away with a gutsy win under pressure and the following week would come up against a red hot Arundel team who had not had a loss all year at Hope Island in the final.

The team for the final, including Terry Barr, Cody Davis, Chris Park, Trent Rose, Terry Yoon, Blaze Chapman and Boyd Johnson, played outstanding golf all day and came away with a very convincing 7-0 victory, with the closest match only going to the 17th hole.

They were all extremely chuffed with the outcome and are looking forward to giving those top teams in Division 1 a real challenge next year.

If you see any of the guys around the club make sure to congratulate them as it was a fantastic effort and a great result for Surfers Paradise Golf Club. 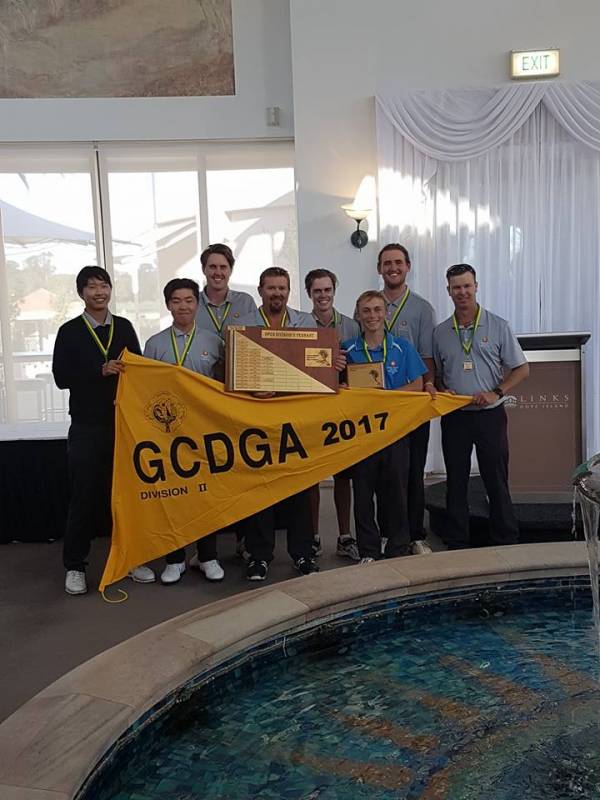