Posted in: All Golf News

Keith Beckett and Deane Papenfus are the winners of the inaugural Roly Soegaard Cup with a score of 2/1.

Roly’s son Phillip was thrilled to be presenting his Father’s Trophy to the winners and commented that Roly would have been so proud that he had a trophy named after him. 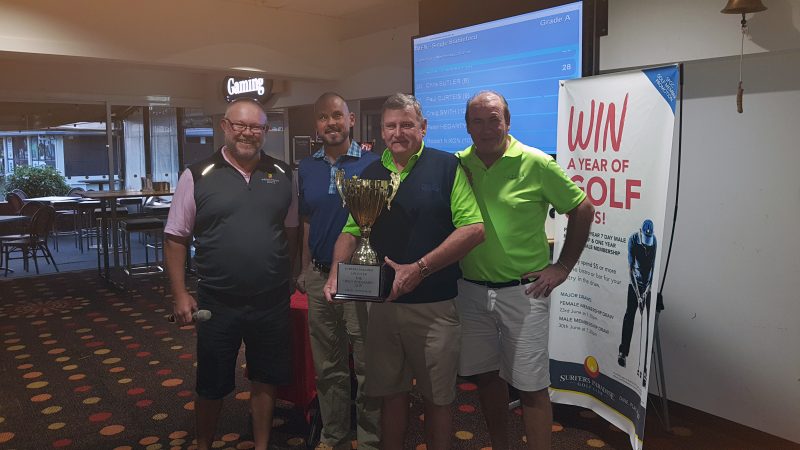